2017 edition Kordsa’s "All Stars Awards", which is an internal rewarding system since 2006 to recognize and appreciate the facilities with high-performance, successful projects and employees within the company, took place last week at Kordsa's İzmit facility.

Kordsa’s other facilities all around the world connected live to the ceremony.

The 2017 All Stars Awards of Kordsa, the leader of tire and construction reinforcement technologies and composite technologies, have found their owners for the 12th time last week. The rewarding system aims to recognize the improvement and innovation efforts within the company, as well as encouraging and inspiring other employees. The ceremony was hosted by Kordsa’s İzmit facility with live connections to Kordsa companies in USA, Brazil, Thailand and Indonesia.

Kordsa All Stars Award Ceremony was presented by one of Kordsa employees who works at IndoKordsa (Kordsa Indonesia) and came to the İzmit facility for this event. The number of competing projects at All Star Awards increases incrementally each year and the jury had to choose the best among 129 candidates and 1163 projects for this year’s event. Kordsa facilities were evaluated based on their cost improvement, best financial performance, and best safety performance, whereas for individual awards, Kordsa employees' projects were evaluated in terms of innovation approach, best development, best project team, global synergy, cost projects, commercial approval of patents and TPM studies.

Kordsa CEO Ali Çalışkan, at his opening speech of the ceremony, conveyed his contentment about Kordsa’s investments, new technologies and co-operations in 2017 and thanked all Kordsa employees for their contributions and efforts for the company’s achievements. Underlining the contribution of the All Stars Awards to Kordsa’s continuous self-improvement as well as pioneering and exemplary position in the global sense, Çalışkan added: "We come from a strong corporate culture based on innovation and always pursuing excellence. Adhering to our corporate values, we will continue to pursue the best " 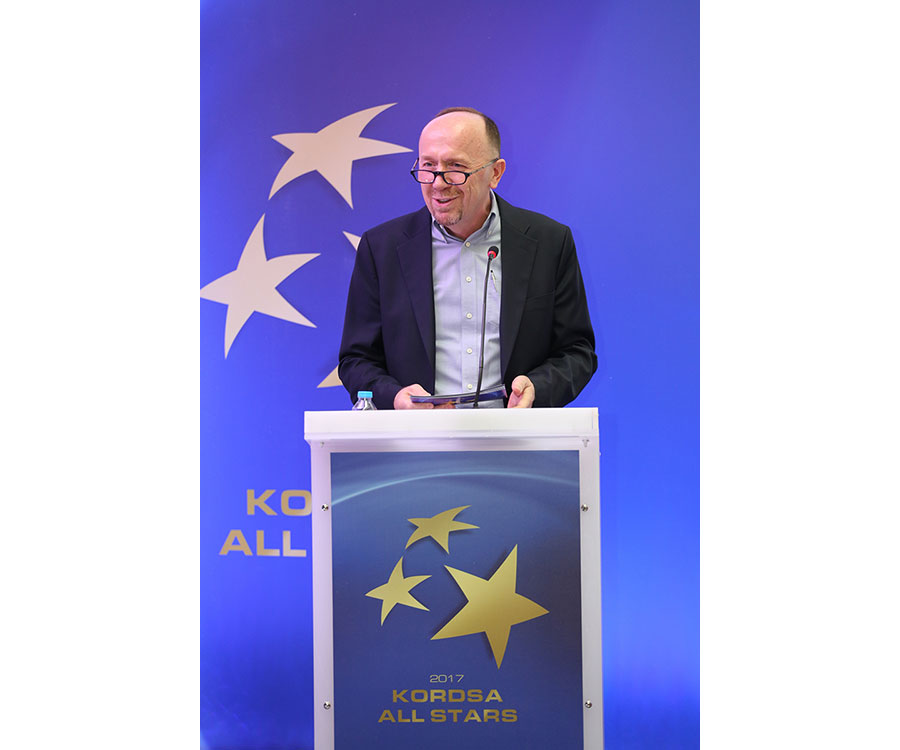