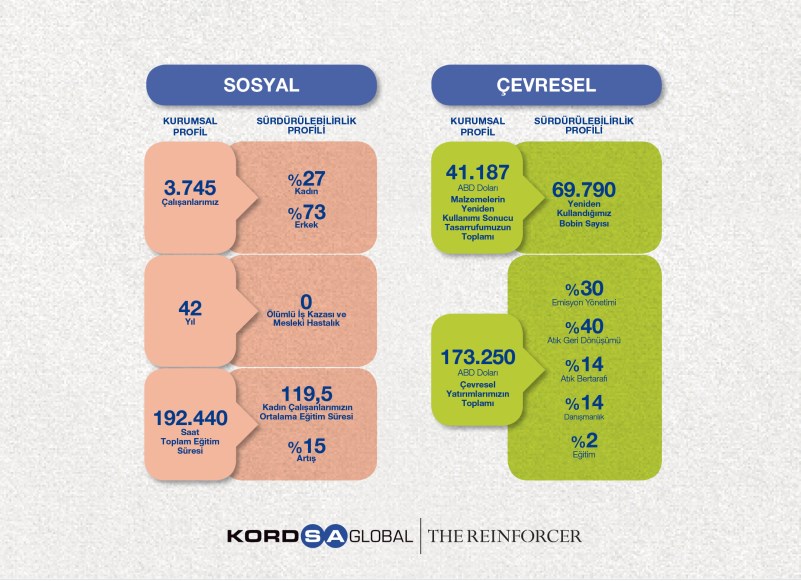 The report discusses the social, economic and environmental performance of Kordsa during the year 2015. In the report, the products of Kordsa, the markets in which it operates, and the figures related to those markets are shared. Moreover, report also deals with Kordsa R&D Center’s studies and innovative products and processes as the output of the innovation efforts, and Reinforcer’s supplier and customer relations.

The report also covered the studies regarding the biodiversity and the waste and water management, and energy emissions under the environmental management. Reinforcer’s transformative innovative projects such as the green cord fabric, developed under the "Green Products" programme, and the safety targets achieved in the fields via the "Safety Experience Centers", an exclusive practice worldwide were also covered in the report.

The 1st Sustainability Report of Kordsa representing its economic, environmental and social performance during the years 2013 & 2014 was awarded the golden prizes in both the “Chemical” and the “Materials” categories at the LACP Vision Awards Competition, one of the most exquisite annual report competitions worldwide, organized by the League of American Communications Professionals.